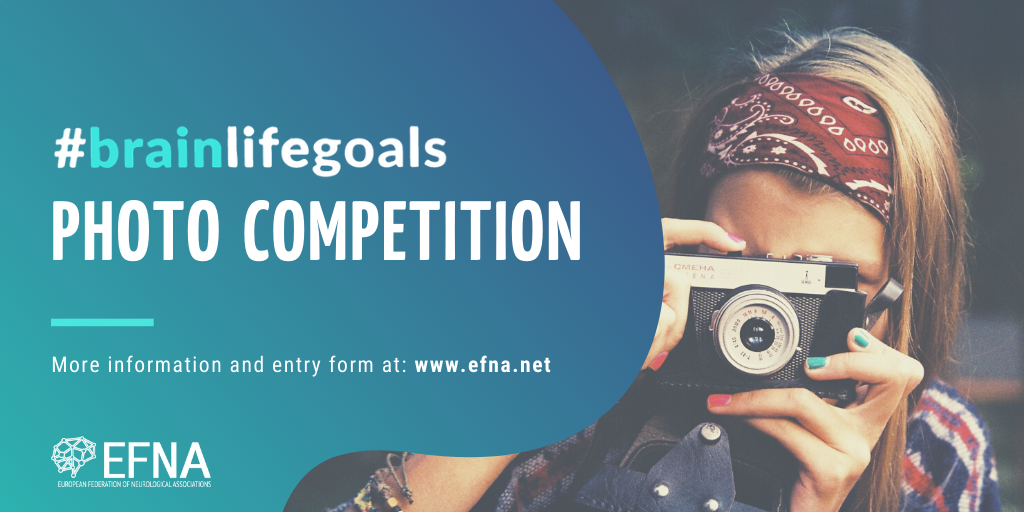 Launched in 2019, the #BrainLifeGoals campaign is raising awareness of the impact of neurological diseases by exploring the dreams and aspirations of those affected.

Sharing #LifeGoals has become a popular trend in social media. #LifeGoals are the often frivolous wishes people have – for example to own a designer handbag, meet a film star or drive a Maserati! Through this campaign people are putting a new spin on the trend by instead sharing their #BrainLifeGoals.

For more information on the #BrainLifeGoals campaign, click here.

What are your #BrainLifeGoals for the New Year?

We’re approaching New Year- a time when it is traditional in many parts of the world to resolve to makes changes for the better, or to accomplish a personal goal. As part of the #BrainLifeGoals campaign EFNA is pleased to launch a photo competition on this theme. Participants are invited to submit photographs that reflect their own goal for the future.

Get some tips on taking great photographs here.

Entries will be judged by a panel including patients representatives and professional photographers.Winners will be announced in late January 2020.

EFNA plans to hold an exhibition of entries at the European Parliament in Brussels during Brain Awareness Week (March) [to be confirmed], and again at the European Academy of Neurology Congress in Paris (May).

The competition is now closed. Please stay tuned for results!