The Greek Carers Network EPIONI was established in 2016 and is a member of  Eurocarers. One facet of EPIONI activities is the organisation of meetings, with the participation of psychologists, psychiatrists, social workers, lawyers and other professionals, aimed at the general public, and especially caregivers of people with a disability or illness.

On the 19th September EPIONI held a workshop entitled Caring for Carers, at the office of the European Parliament in Athens, Greece.

Other very informative presentations were delivered by the Deputy Professor of Psychiatry Georgios Kallergis, the psychologists Mrs. Christina Karamperi, Mrs. Marina Makri, legal scientists and health professionals. The meeting was held with the cooperation of the Eurocarers, the Panhellenic Federation of Alzheimer’s Disease and Related Disorders, the Social Cooperative Society “Wind of Renewal”, the Panhellenic Association for Psychosocial Rehabilitation and Occupational Reintegration PEPSAEE, and Obrela.

More than 100 participants attended the meeting and had the opportunity to raise important questions about the caregiver’s role. The pressing need for further support for informal caregivers in Greece became apparent. 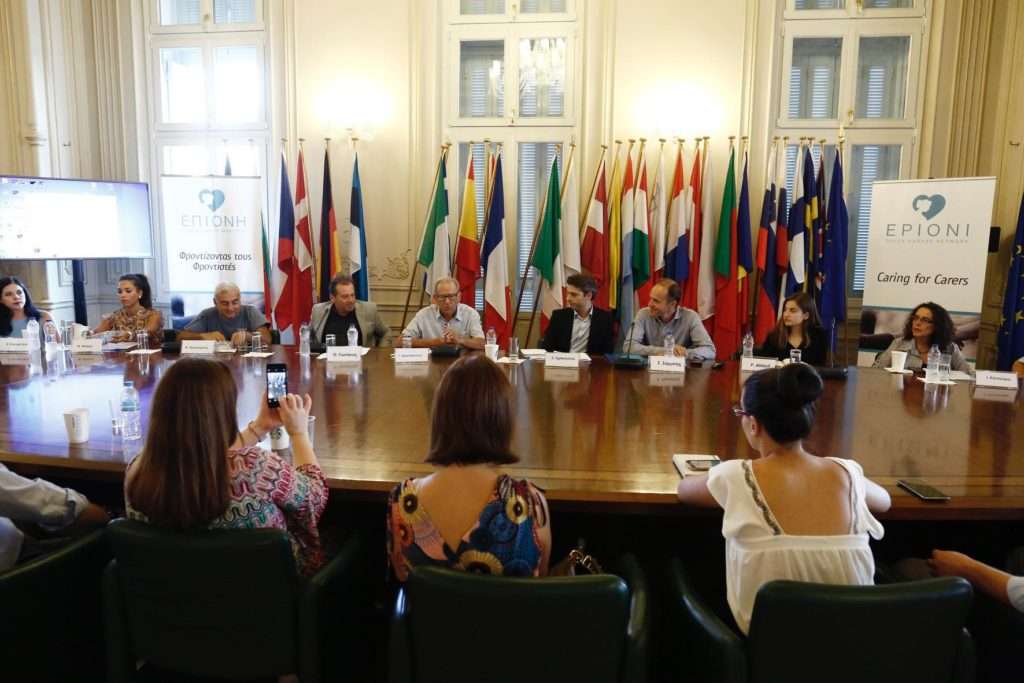