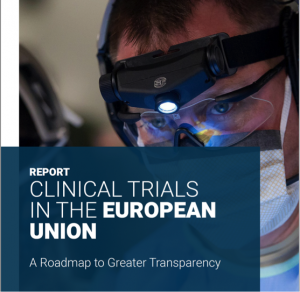 More than half of all due results from clinical trials are missing from the Union’s Clinical Trials Register, according to a new report from Health Action International released in February 2019. Under European Union rules, all trials should be registered with the Union and a summary of the results reported within a year of trial completion.

As of late January, 46 percent of trials completed more than a year ago were missing results. In addition, a very large but unknown number of long-completed trials are incorrectly listed as ongoing.  In total, at least 3,500 due clinical trials are currently missing results.

Universities and non-profits have a far weaker track record of publishing trial results in the register than industry, the report states. Data shows 89 percent of trials sponsored by universities across Europe are missing results — with the exception of some academic institutions in the United Kingdom., where there has been a parliamentary investigation.