Economy of well-being in the agenda of the Finnish Presidency 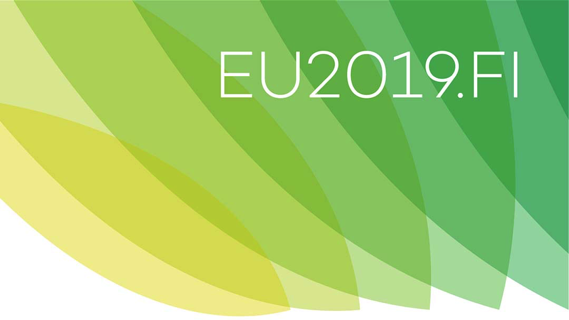 The Finnish presidency of the European Council that runs from 1 July until 31 December confirmed that it will make an economic case for health policies in its agenda. At the first Council meeting of the new presidency Finland presented the report on the “Economy of Well-Being” prepared with Organisation for Economic Co-operation and Development (OECD).

The Economy of well-being puts people at the centre of policy. It moves away from an attitude of “grow first, redistribute and clean up later”, towards a growth model that is equitable and sustainable from the start. Well-being means that people are healthier, more innovative and productive, and they work and pay taxes.

Finland’s Presidency of the Council of the European Union wants EU decision-makers to recognise that well-being of people is a prerequisite for economic growth and social and economic stability. In the economy of well-being, public resources are allocated for improving people’s well-being. Sustainable long-term economic growth depends on more inclusive social protection and redistribution, improved gender equality, better health care and more accessible education and training. Investing in well-being makes sense in economic terms even in times of economic downturn.

Around 550 000 people of working-age die prematurely every year in the EU due to non-communicable diseases.

Health is one of the core pillars of the economy of well-being. Evidence shows that good health fuels economic growth, productivity and individual earnings. Yet, the costs of ill health are enormous. For example the total costs of mental ill-health are estimated at over 4% of GDP – more than EUR 600 billion – across the EU28. Moreover, around 550 000 people of working-age die prematurely every year in the EU due to non-communicable diseases.

There is an evidence that efficient preventive health services pay for themselves many times over. Yet, at present preventive services account for only 3% of health budgets in the EU, while curative services account for 97%. Better health care can reduce the number of people dying each year in the EU due to non-communicable diseases. This can be achieved by ensuring access to high quality health care for all and investing in preventive measures and high levels of health protection.

Good health is a key factor for people’s well-being. It allows them to invest in education and skills, access quality jobs and enjoy better quality of life.

There are many other dimensions to an economy of well-being, for instance the quality of housing and infrastructures, as well as the equitable access to those; and of course the quality of the environment that significantly affects health, especially among the poorest.

Well-being policy and economic policy should go hand in hand. They are not exclusive but are interlinked. A well-being ageing population curbs the growth of costs in healthcare and social welfare. The European Commission estimates that the share of people aged 65 or over in the population will increase from the current 17.4% to 29.5% by 2060, while at the same time the population of working age is decreasing in the EU.

Across 15 EU countries surveyed in 2018, 70% of respondents believed government should be doing more to ensure their economic and social security.

Across 15 EU countries surveyed in 2018, 70% of respondents believed government should be doing more to ensure their economic and social security.

Finland proposes that the Council adopt conclusions on the economy of well-being in October. The conclusions would include recommendations for measures to EU member states and the Commission.