The aim of these events was to hear what matters most to neurology patients in terms of their health outcomes – #BrainLifeGoals – and to discuss how this can be better integrated in the policy and decision-making at both the national and EU level.

Representatives of the Neurological Patient Alliance Belgium (NPAB) shared their personal patient testimonies, calling for increased efforts and collaboration across disciplines to improve the lives of all patients and ensure equitable access to treatment, services and support in the EU.

Pieter Philipsen, President of Belgian Brain Council and Beverley Sinton, Neurological Patients Alliance Belgium shared their visions of linking EU and national advocacy and policy for neurology patients in Europe. A clear message was delivered that action can be taken now, with support, to reduce the burden of these disorders on patients and wider society.

“As a medical doctor I believe that health should be priority in Europe. Priorities should be increased patient-centred research, sufficient HorizonEurope funding, access to treatment and innovative care, and public awareness.”

Following the morning’s presentations, participants were invited to join the #BrainLifeGoals campaign, taking photos and sharing them to social media.

Chantel Fouche, speaking on behalf of the Patient Alliance, said

“We would like to thank all participants, speakers, sponsors, and co-hosts for their supportive interest and participation during the World Brain Day event. We truly believe that we have formed a network together as one voice with patients and collaborators.”

The Neurological Patients Alliance Belgium welcomes any interested persons to connect with them via Twitter or Facebook, or to get in touch with them at neuro.belga@gmail.com. 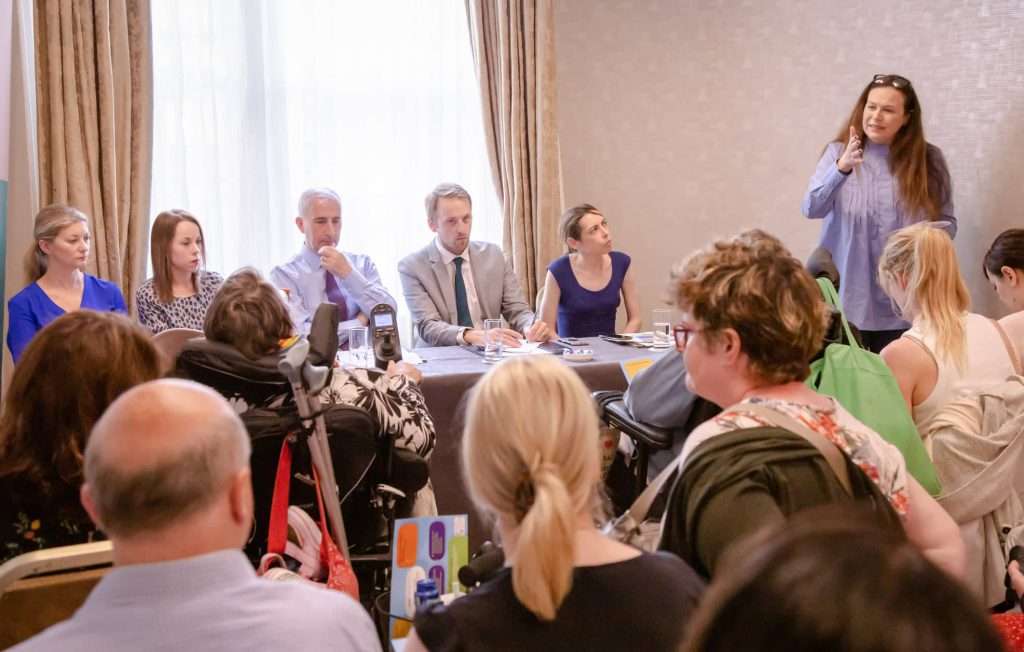 The Neurological Alliance of Ireland (NAI), in collaboration with EFNA, held a half day seminar in Buswells Hotel, Dublin.

The objective of the event was to use World Brain Day as a focus for advocacy for brain conditions, at both national level and EU level. The Neurological Alliance launched their pre-budget submission and campaign in the lead up to the publication of the national budget in Ireland (October 2020), calling for investment in services for people with neurological conditions. In addition, they published a report card for the current Government, monitoring progress in the commitments in the current Programme for Government in relation stroke, dementia and other neurological care services. Patients and their families were encouraged to contact their own elected representatives to support the NAI advocacy campaign in the lead up to Budget 2020.

The event was also aimed at educating and encouraging patients about the value of advocacy at EU level. Mr Gay Mitchell, former MEP, spoke about the structures involved and the strength of securing support at EU level to put pressure on national governments to invest in research and healthcare for brain conditions. He outlined a number of examples as an advocate for epilepsy at EU level and encouraged the audience to contact their MEPs, highlighting membership of the Brain, Mind and Pain interest group as a simple and practical ask for Irish MEPs as a way to get involved on this issue. Donna Walsh, Executive Director of EFNA spoke in more detail about the work of EFNA at EU level and at international level through links with the World Health Organisation around the categorisation of neurological conditions. It was extremely heartening to the audience to hear how the structures and mechanisms of the EU can be mobilised to advocate for the needs of people with neurological conditions and there was very positive feedback on this presentation afterwards, as people understood for the first time how to engage with their MEPs and how the European agenda is relevant for people with neurological conditions here in Ireland.

Ms Jane Whelan spoke as a migraine sufferer and highlighted the importance of raising awareness of neurological conditions and reducing stigma.

The event was attended by fifty or more representatives from the general public, patient organisations and elected representatives. The keynote speaker on the day was the Deputy Chair of NAI’s national parliamentary group on health, Tom Scott.

The message from the Neurological Alliance of Ireland is that there is still considerable marginalisation and stigma associated with neurological conditions in Ireland. The issue is felt to be of low priority in the context of providing appropriate health and social care and in supporting people in the workplace. Initiatives such as the #BrainLifeGoals campaign are vital to raising awareness and empowering people with neurological conditions to advocate for themselves. Magdalen Rogers, NAI Executive Director, said

“We in the Neurological Alliance are delighted to be part of the #BrainLifeGoals campaign. The focus of our upcoming project is around how Irish people are mobilising the supports available to them in unique ways in order to realise their own brain life goals.”

“We would like to take this opportunity to extend our sincere thanks to EFNA for partnering with us on World Brain Day and making our event a success. We look forward to working with them on the Brain Life Goals campaign and into the future.” 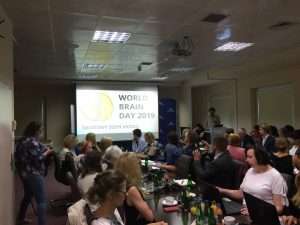 The #BrainLifeGoals World Brain Day event in Poland was celebrated in Warsaw and marked the launch of the Polish Brain Plan prepared by Foundation Neuropozytywni, in collaboration with the Polish Brain Council, Polish Neurological Society, Lazarski University and DZP law firm. (No support was received from the Polish Government to date.)

The event was attended by patient groups, doctors and policy makers, as well as representatives from EFNA and EBC.

The brain plan, which took several years to draft, results from the call made at the “Healthy Brain: Healthy Europe” conference organised during the Irish EU Presidency in 2013, as well as a call to action launched in Brussels by European and Polish Brain Councils in 2015. Both called for development of EU national strategies addressing brain health in a comprehensive and collaborative way. 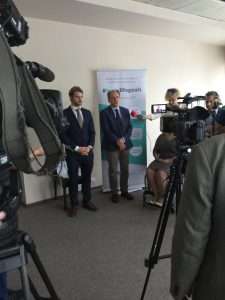 It is now essential that the Polish government works with the relevant stakeholders  to implement the plan.

The event was a perfect opportunity to mark EFNA’s campaign #BrainLifeGoals and a number of patients expressed their needs using the campaign tools. 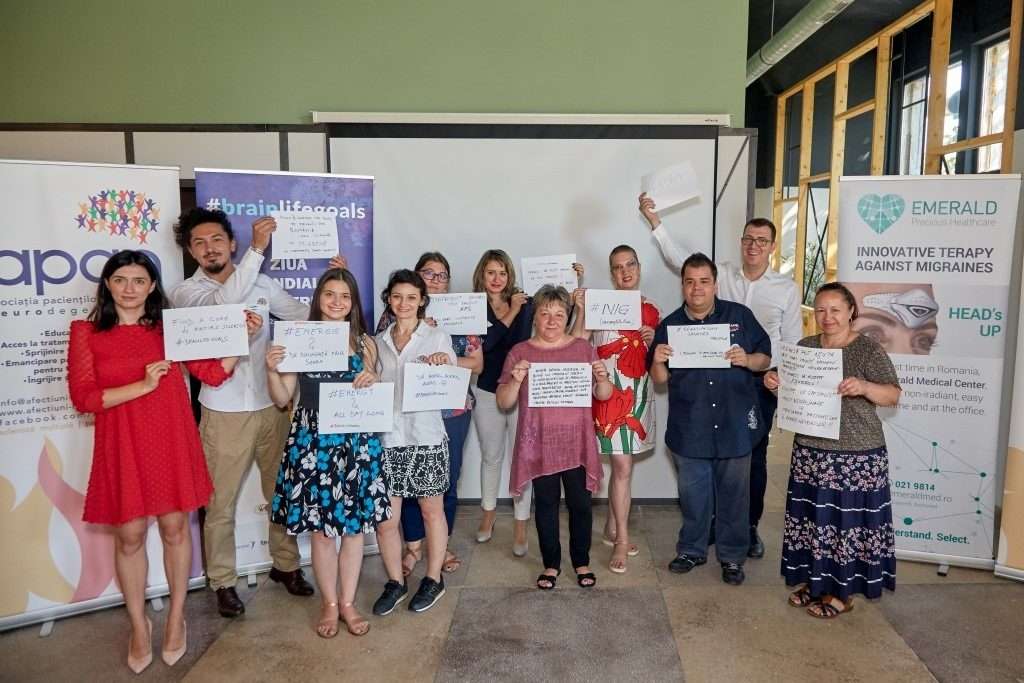 The theme of World Brain Day 2019 was migraine. At the event held in Bucharest, the Association for Patients affected by Neurological Disorders in Romania (APAN), focused on this theme.

“Migraine affects one in seven people worldwide and, along with other types of headaches, is one of the main causes of disability. Despite its ubiquitous impact, migraine continues to be under-recognized, under-diagnosed and under-treated. Together, we can make sure that those affected by migraine receive the care they need.”, explained Dr. Adina Maria Roceanu, SUUB neurologist, president of the Romanian Romanian Headache Society.

“Migraine is a chronic neurological disorder, commonly encountered disability that is manifested by recurrent attacks of moderate to severe headache, accompanied by nausea, vomiting and / or photo / phonophobia.”
“Migraine has an impact on the quality of life of the people affected, but also on the people around them (family, co-workers, employers).”

“Migraine cannot be cured, but with the therapeutic means currently available it can be effectively treated in most cases. In the last year, a new class of prophylactic, migraine-specific drugs has been approved. ”

Maria Cristina Corlan, migraine patient, explained that migraine has imposed many limitations on her professional life:

“Being an active person, who travels quite a lot, I have to be careful with flights that are too early in the morning or over long distances- these usually end with a migraine of 2-3 days.”

EFNA is extremely grateful to our colleagues at the Neurological Patients Alliance Belgium, the Neurological Association of Ireland, Foundation Neuropozytywni and APAN Romania for coordinating these highly successful World Brain Day events – a tremendous example of collaboration among neurology patient groups. EFNA looks forward to working with these groups on further advocacy projects in the future.