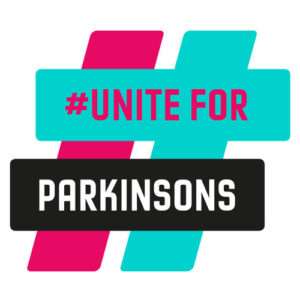 #Unite for Parkinson’s, a campaign launched earlier this year by two of Europe’s leading Parkinson’s charities – the European Parkinson’s Disease Association (EPDA) and Parkinson’s UK – aims to raise international awareness of the condition on World Parkinson’s Day (Tuesday 11 April), 200 years after it was first officially recognised.

The campaign is spreading across the world, with thousands of campaign packs downloaded from Argentina to Zimbabwe.

Donna Walsh, Executive Director of EFNA, said: “We are proud to support this exciting campaign to throw an international spotlight on people with Parkinson’s and the issues that they face, 200 years after it was first established as a health condition.

“On World Parkinson’s Day, we want people across Europe with a connection to Parkinson’s, along with the wider patient and medical community, to show their support by using the simple #UniteForParkinsons hashtag. 200 years without a cure is too long – and we want the world to know about it.”

World Parkinson’s Day – 11 April 2017 – is the birth date of UK surgeon, James Parkinson (1755–1824), who first identified the condition in his landmark paper ‘An Essay on the Shaking Palsy’ in 1817. Now, 200 years on, the #UniteForParkinsons campaign will mark this significant milestone in medicinal history. Supported by Parkinson’s organisations and campaigners around the world, the campaign aims to raise an unprecedented amount of awareness on this day by using the hashtag #UniteForParkinsons on social media.

For more information, or to get involved in the campaign, please visit https://www.worldparkinsonsday.com