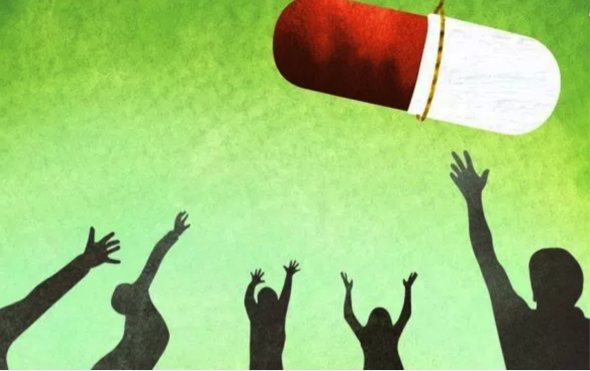 Medicine shortages in Europe have reached an alarming level. There are several factors causing this situation, including problems in production, global consolidation of manufacturing, impacts of pricing and tendering policies, as well as problems within the supply chain.

In July alone, cancer patients were unable to access treatment in Italy, shortages of neurological drugs reached an unprecedented scale in Poland and the total number of unavailable drugs in Belgium reached a new record.

Pharmacists and health campaign groups have been warning for years of worsening shortages, partly linked to increased dependency on a limited number of suppliers located overseas. What’s new is that it used to be smaller countries with less attractive markets, now it’s all countries — even the wealthiest ones. France became the latest country to call for an EU-wide solution. The number of medications reported as scarce in the country increased 20-fold between 2008 and 2018, and is predicted to rise by a further 60 percent this year.

One explanation for Europe’s rising shortages is that pharmaceuticals and their ingredients are increasingly manufactured by a small number of companies located outside of Europe, mostly in China and India. In this situation of market concentration any disruption to the supply chain causes serious shortages.

On top of that, in United Kingdom Brexit is already causing shortages, because the industry is trying to stockpile supplies as manufacturers’ confidence in the country’s market decreases. Kuala Lumpur.

Different groups propose different solutions to the problem. Pharmacists want to be able to modify a patient’s prescription without having to send people back to the doctor’s office for a new one. Access campaigners want better transparency of medicine prices to lower costs, and patients groups want national authorities to put higher fines on pharma companies in cases when they are responsible for a shortage.

One tactic EU countries including Belgium, Poland and Slovakia have tried to address shortages is limiting parallel trade, through which traders sell medicines purchased in one country in another, for a higher price. However, restricting parallel trade works when the reason for shortages is parallel trade. It doesn’t help when there are manufacturing or marketing issues.

Another way to handle the problem is to give incentives to companies to come back to Europe by either locating or relocating production of raw materials and medicines in Europe in the coming years. France suggested that the EU could set up public pharma manufacturers to produce some medicines to supply all countries.

More than 30 patient and health groups have asked the European Commission to investigate why Europe is experiencing increasing shortages suggesting that the institution must put the issue high on its agenda for the next mandate. The head of the Commission’s health department Anne Bucher said that the Commission doesn’t have any plans to take further action besides what’s already being done. However, Health Commissioner Vytenis Andriukaitis told pharmaceutical manufacturers that failure to guarantee continuous supply across the EU will lead to new stricter solutions and ways to address this issue.