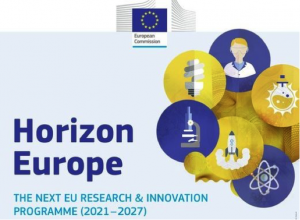 The EU’s plans to launch a new seven-year research program in 2021 got sign-off on 17 April in the European Parliament. The Horizon Europe program is the first of the major legislative files for the next long-term EU budget to reach this stage following a trilogue deal in March.

Research Commissioner Carlos Moedas told the plenary late Tuesday that today’s vote would mean the European Commission could start preparations. “We can start working on the strategic planning, on setting up the mission boards and the partnership initiatives, to guarantee that in January 2021 the new Horizon Europe program will be fully operational,” he said.

That’s despite the fact that there are still major details to be decided, including how much money the program will get, and the rules for the involvement of non-EU countries (including the U.K. after Brexit).

The Commission proposed spending €83.5 billion in 2018 prices over the seven years, but the European Parliament wants to raise that to €120 billion.

EU leaders are in the middle of months of debate over how to allocate funds to programs like Horizon Europe and other big pots such as the Common Agricultural Policy. They are far from a deal, with Brexit also complicating discussions.