Health at a Glance compares key indicators for population health and health system performance across OECD members, candidate and partner countries. This edition also includes a special focus on patient-reported outcomes and experiences, with a thematic chapter on measuring what matters for people-centred health systems. Find out about the main outcomes of 2019 report.

The Health at glance analysis is based on the latest comparable data across 80 indicators coming from official national statistics, unless stated otherwise. The report includes indicator-by-indicator analysis, as well as an overview chapter summarising the comparative performance of countries and major trends, including how much health spending is associated with staffing, access, quality and health outcomes.

The infographic below shows several chosen indicators as facts and figures. 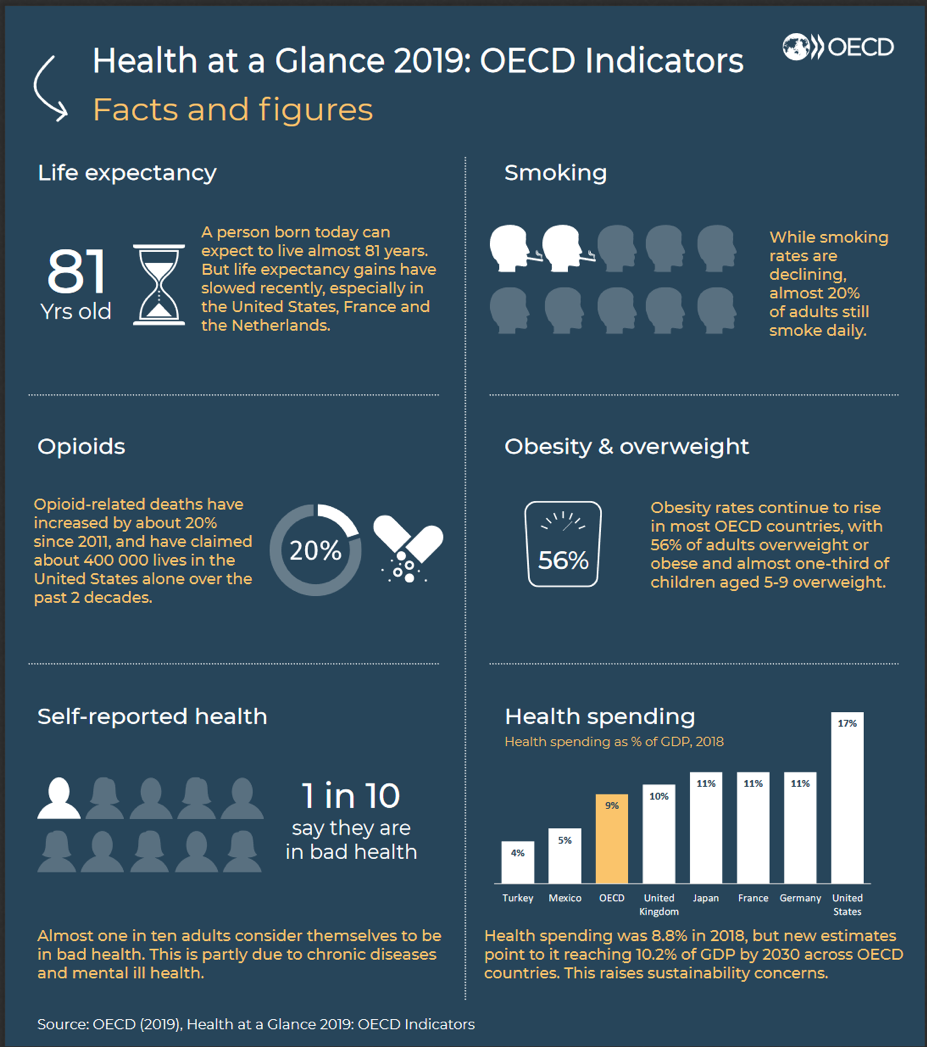 The executive Summary of the report:

Smoking, drinking and obesity continue to cause people to die prematurely and worsen quality of life

Barriers to access persist, particularly amongst the less well‑off

Quality of care is improving in terms of safety and effectiveness, but more attention should be placed on patient‑reported outcomes and experiences

Countries spend a lot on health, but they do not always spend it as well as they could