Health is a shared global value 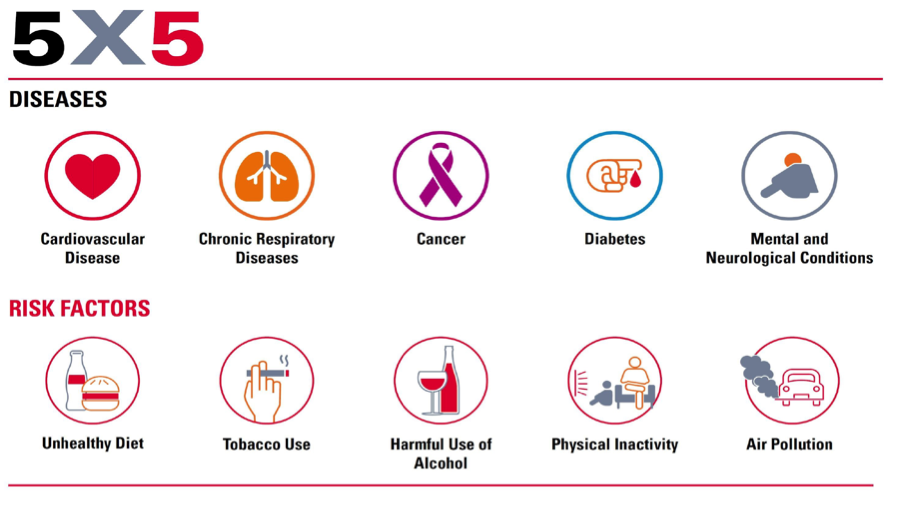 Globalisation has created convergence of individual countries’ health problems and, consequently, mutual dependence for generating solutions. This means that in today’s world, we can no longer consider health of particular countries or regions, such as European Union (EU), in isolation.

Certainly, diseases know no borders and countries share many of the same health problems, though perhaps of different magnitudes. At the same time, the pool of resources for addressing these challenges is greater than ever before and opportunities for developing and sharing knowledge and research are unprecedented.

In light of this, it is no surprise that global health priorities are increasingly shaping the course of both EU policy and that of individual European countries. We see this especially in large policy portfolios focusing on:

At EFNA we decided to look closer at these various international initiatives, and discovered that they have so far not prioritised neurology adequately. This means that the level of expected attention is not proportionate to the rich evidence that we have, demonstrating a huge burden of brain disorders.

This means that the level of expected attention is not proportionate to the rich evidence that we have, demonstrating a huge burden of brain disorders.

Therefore, in 2018, while maintaining our main focus on Europe, we also began the strategic process of aligning our agenda with international priorities, dealing predominantly with the above mentioned global health movements.

This has coincided with a unique window of opportunity that brain health is now witnessing – in the 2018 UN Political Declaration on NCDs, mental health (including neurology) was added as the so called 5th NCD, along with cancer, CVD, diabetes and Chronic Respiratory Diseases- conditions that for nearly a decade had been constituting key global priorities.

However, the WHO approach regarding neurology is ambiguous. The terminology it uses is implicitly including neurological disorders within its internal and external texts on ‘mental health’ – with no explicit mention of ‘neurology’- let alone the more encompassing term of ‘brain health’. Consequently, we realised that patients affected by neurological ill-health are still truly under-served and, more than ever, it is now important for the neurological community to demand that more clarity and visibility be given to neurological health. Without this it may fall out of the scope of global public health efforts.

With this in mind, in the course of 2019 we have been undertaking a number of actions to engage with WHO, its member states and EU leaders. EFNA met with WHO Europe representatives in Copenhagen and have had a number of visits to Geneva (where WHO global headquarters are), to engage with WHO and Geneva UN missions. We are also joining the NCD Alliance – an influential NGO operating at a global level, to represent the voice of neurological patients.

We are also joining NCDs Alliance – an influential NGO operating at a global level, to represent the voice of neurological patients.

Last but not least, EFNA has teamed up with the European Academy of Neurology, European Brain Council and World Federation of Neurology to issue a joint statement. This calls for more clarity, visibility and priority for brain health. It also points out a need to develop a more unified and comprehensive approach to promote brain health and curb the prevalence of brain disorders, with meaningful involvement of the patient community.
We also asked to change wording that appeared in a draft text of the UN Political Declaration on the Universal Health Coverage, since adopted on 23rd September by Heads of States and Governments in New York. The early draft, in line with wording from 2018 NCD declaration, made references to mental health only. Upon our request this has been changed in the final version and now, in several places, the text includes a full reference to “mental disorders and other mental health conditions as well as neurological disorders”.

This encouraging achievement shows that together we can make a difference and EFNA will continue to push for more. We already have a number of exciting plans in the pipeline, including participation at the World Congress of Neurology in October, where a meeting of Global Neurology Alliance will take place. We are also planning more meetings in Geneva and will organise a policy meeting in the European Parliament in Brussels early next year. This will explore how EU policies can better align with a new international focus including neurology among other key disease areas.

As always, we count on your support to improve neurological health for everyone.