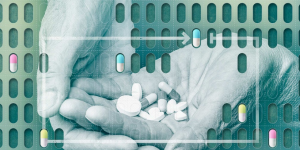 The European Public Health Alliance (EPHA) has published an analysis identifying the top 4 themes that will dominate the EU pharmaceutical policy in 2020. We have prepared a summary of this analysis.
Since its publication, quite unexpectedly, a new major challenge has shaken our reality and it goes without saying that COVID-19 will have a huge impact, not only on medicines policy but on every aspect of our life.

This year is, in some sense, a preparatory year which comes around at the start of each Commission mandate. We will observe the main trends being shaped in the coming months, but already now the main issues loom on the horizon.

The PHA analysis (you can see the full text here) identifies the following 4 themes/issues:

1. The issue of high medicines prices will remain a proble

It is very important that the Directorate-General for Health and Food Safety (DG SANTE) finally will have, for the first time ever, a clear mandate on access and affordability. However, the lack of coordination among Member States in this regard is an important obstacle in moving forward. Since the June 2016 Council Conclusions on pharmaceuticals, there have been some attempts to reinforce the collaboration and coordination amongst Member States, but to no avail.

DG SANTE has in the meantime revived its Pharmaceutical Committee as a counter-proposal and phased out the Expert Group on Safe and Timely Access to Medicines for Patients (“STAMP”). Some are raising doubts whether the top priority listed in President von der Leyen’s mission letter to Health Commissioner Kyriakides namely the supply of affordable medicines is compatible with the second one i.e. “to support the European pharmaceutical industry to ensure that it remains an innovator and world leader”.

Fortunately, the Slovenian and Portuguese Presidencies (in 2021) are likely to keep the access and affordability issues high on the agenda of the Council.

DG SANTE could strengthen its position further if it were to build on its cooperation with the Organisation for Economic Cooperation and Development (OECD) in providing technical assistance to Member States on key issues such as price transparency for the implementation of the landmark transparency resolution of the WHO.

The European Federation of Pharmaceutical Industries and Associations (EFPIA) is increasing its lobbying budget. “Connecting healthcare” is a new lobbying alliance and strategy. The impact of the “Connecting Healthcare” coalition is most felt in the shaping of the successor of the Innovative Medicines Initiative (IMI), the multi-annual, multi-billion public-private partnership (PPP). What is new, however, is that whilst IMI was a partnership solely between the European Commission and EFPIA, in “Connecting Healthcare” pharma joins forces -and lobbying power- with other business sectors such as the medical devices, diagnostics, digital and others.

This is a test for the Commission’s clusters approach whereby various DGs are expected to work together. In doing so, the Commission as a whole needs to take seriously, calls by a wide spectrum of stakeholders for the European Partnership on Health to be driven by the public interest.

Pharmaceutical manufacturers have been criticised for the abuse, misuse or overuse of the incentives granted by the EU legislator in the field of orphan drugs by (medicines developed to treat rare diseases, which can be extremely expensive). Pharma is not content with the negative turn the incentives-related discussion has taken. Having failed to prevent this from happening, EFPIA has raised the profile of antimicrobial resistance (AMR) as a policy priority. AMR is a platform which allows the industry to talk about incentives in a positive light (as opposed to orphans). Everyone agrees that the current antibiotic pharmaceutical market is “broken” as very few antibiotics have been produced in the past decades. What is the industry’s solution to the conundrum? More incentives. Although the European pharmaceutical lobby has not been forthcoming about what sort of incentives mechanisms they would be happy with, what they are aiming at is higher prices for new antibiotics, more unconditional public funding and market-based exclusivities in return for new antibiotics.

The industry’s strategy is clear: by mixing and grouping the incentives discussion under AMR, they aim to prevent any critical amendment of the European orphan drugs legislation and increase their chances of getting a diverse set of new incentives. Member States should therefore empower DG Santé to make sure that the public health, access and affordability arguments do not get overlooked nor sidelined during the Commission’s intra-service filtering, be it on the orphans review or the likelihood of new AMR incentives-specific legislation.

4. Health Technology Assesment (HTA) : The end of a not so long journey

A compromise will be found and the negotiations on the proposed regulation on Health Technology Assessment (HTA) will be concluded during the German Presidency of the European Union (second half of 2020), almost three years since the launch of the proposal.

For the moment, it seems that on the technical level, there is at least some consensus among HTA bodies. Pharma will not get what they hoped for i.e. an easier market access pathway but they will get a one-stop shop, despite the fact that Member States will retain their right to conduct their own clinical assessments.

The joint clinical assessments will not be binding and they will not assess whether product (a) is better than product (b). Put simply, they will be merely inconclusive evaluations providing Member States with plenty of flexibility, exactly what governments need if they are to accept this regulation.

The new EU-wide HTA system should strengthen the role and capacity of HTA agencies in Europe.

Furthermore, medicines shortages, an old new problem will be high on the political agenda.

Another highlight for the year will be the election of the new Executive Director of the European Medicines Agency (EMA) by the Agency’s Management Board sometime before summer. The approval pathways and their impact on access and affordability will be under further political scrutiny.