Campaign to reach people with rare diseases throughout Bulgaria 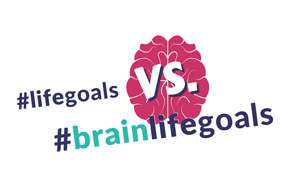 One in 2000 people are affected by a rare disease, and there are more than 6,000 different rare diseases in total. Only 5% of them have treatment. Huntington’s Disease, Von Recklinghausen’s Disease, Acromegaly, Friedreich’s Ataxia, Sarcoidosis, Syringomyelia – behind these exotic sounding names there are real people and their real fates. Many rare diseases are neurological. They are incurable, chronic and lead to severe disabilities. The sense of isolation is also felt by the expression ‘rare disease’. These are people of all ages who need our support and follow-up care. There are people who cannot go out of their homes, because of their physical disabilities or the inaccessibility of the environment.

“The illness may be rare, but caring shouldn’t be!” #BrainLifeGoals

A rare disease affects you every day, it cannot be treated with a single pill, it does not get better with a week of physiotherapy. People with rare diseases need daily care – rehabilitation, physiotherapy, social work, support and the feeling that they are not alone! These are the things we want to provide for people who are diagnosed with a rare illness, because the illness may be rare, but caring shouldn’t be! 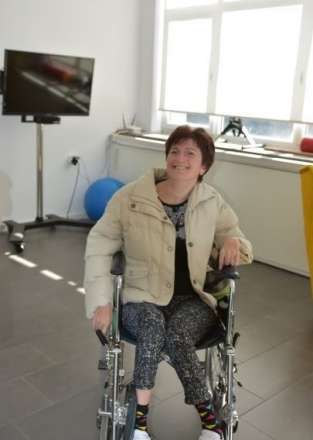 Tatyana is 44 years old and suffers from the rare illness – Friedrich’s Ataxia. Her symptoms began when she was 17 years old, subsequently causing her to lose her sight, ability to speak and self-esteem. Tatyana’s mother is a hero. She has bravely stood by her side, despite the fact that her daughter was a well-developing girl with abilities, which became completely dependent on her care. Tatyana visits a rehabilitator and a psychologist, although it’s not easy to move around in Sofia’s streets and public transportation system. Tatyana likes to have her picture taken and always smiles, although she cannot see herself in these photos. One or two visits every couple of weeks to a rehabilitation center are not enough to maintain Tatyana’s condition.

The one week of rehabilitation per year, offered by the NHIF, is not enough either. We want to provide at least one home visit from a rehabilitator per week for Tatyana, to help keep her condition stable and to support her and her family.

The ultimate goal of the Mobile Center for People with Rare Diseases is to reach people with severe disabilities caused by rare diseases, not only in large Bulgarian cities, but also in small towns and villages in Bulgaria, where access to support and rehabilitation is completely inaccessible. With a sum of 4800 leva we will provide people with rare diseases with 120 home visits by specialists and social workers, for a period of 6 months.