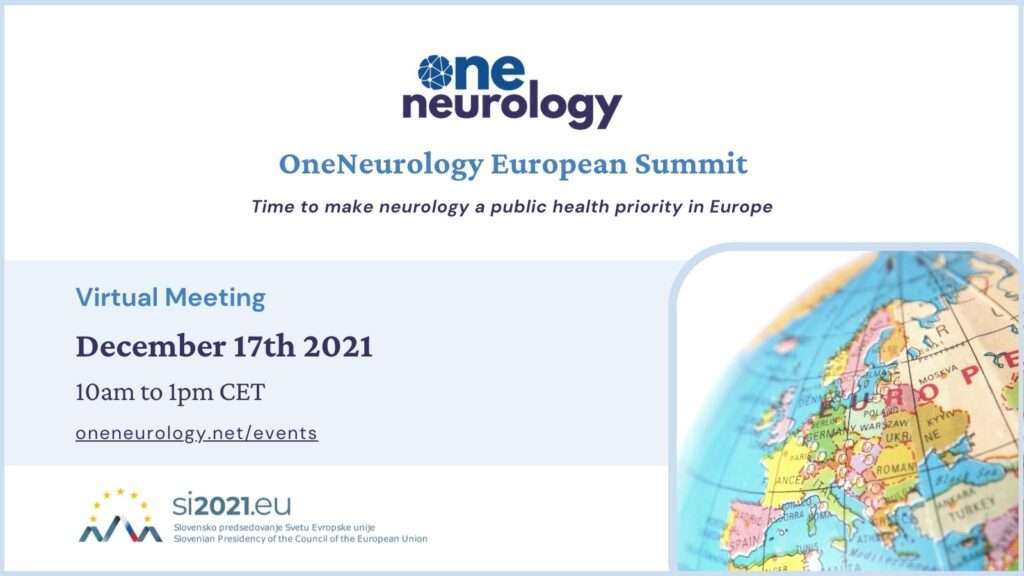 Registration is now open for the OneNeurology European Summit (Friday, December 17th, 10am CET), organised under the official auspices of the Slovenian Presidency of the Council of the European Union.

The OneNeurology initiative aims to unite and strengthen neurology-related groups to stimulate collaborative advocacy, action and accountability for the prevention, treatment and management of neurological disorders.

The Summit aims to identify the best ways for effective and coordinated implementation of the WHO global action plan on neurological disorders in Europe. In particular, it will look at the plan’s main target- the development of national neurological strategies in all EU countries. To that end, the Summit will result in a call to have an EU instrument to provide an exchange platform to facilitate the creation of those national plans, such as the EU Joint Action.

They will be joined by representatives of EFNA and EAN including Presidents, Joke Jaarsma and Prof. Claudio Bassetti – along with Prof. Wolfgang Grisold who is the President Elect at the World Federation of Neurology.

The event will also be feature a number of testimonies from those living with neurological disorders and their representatives.

For more information and to register, visit https://oneneurology.net/eu-summit/.