The first Raspberry Day for Cavernoma to be held this month

In July the Cavernoma Society was chosen by EFNA as one of its #BrainLifeGoals project winners.

Therefore, September 20 will now be known as Raspberry Day! On this date every year, The Cavernoma Society will hold an awareness day, with events, publicity,and get-togethers for members.
Cavernomas are lesions in the brain or spine which are made up of abnormal blood vessels and can cause stroke and epilepsy when they become ‘active’ and bleed into surrounding brain and spinal tissue.
It’s estimated about 1 in every 600 people in the UK has a cavernoma that does not cause symptoms. Every year, around 1 person in every 400,000 in the UK is diagnosed with a cavernoma, after suffering a stroke or other cognitive deficits following a brain haemorrhage.
Cavernomas looks like raspberries, so it seemed apt to use this delicious soft fruit as a memorable way to raise awareness!
This year, being the first year, the Cavernoma Society will be distributing raspberry goodies, leaflets, and merchandise throughout London.
If you’d like to become part of the #RaspberrySquad get in touch with hello@cavernomasociety.org.uk 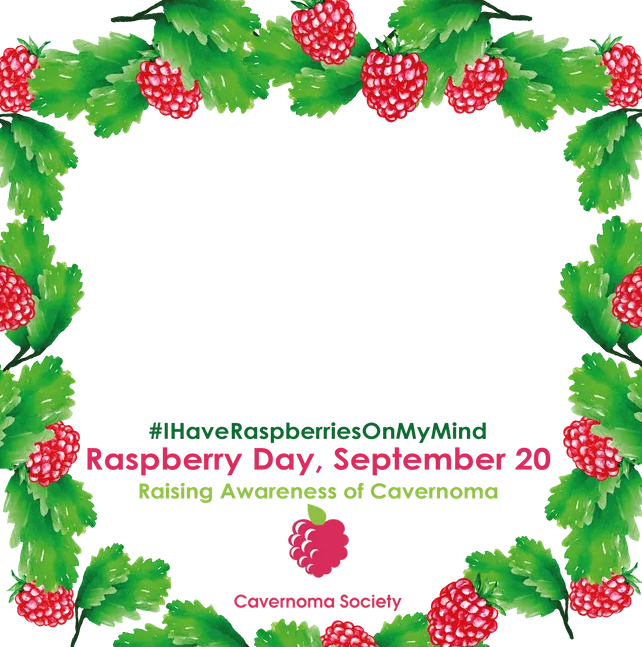