The new leadership of the European Union 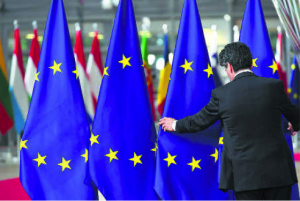 We already know the names for the EU’s top jobs. They were agreed by the Special European Council on 30 June, 1 and 2 July 2019. Find out who they are.

– the elected President of the European Council 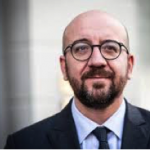 Charles Michel was born in 1975 in Namur, Wallonia. He graduated in law at the Université Libre de Bruxelles (ULB) and the University of Amsterdam in 1998, after which he became lawyer at the Brussels Bar. During his life he was a provincial councillor in Walloon Brabant, representative of the federal Chamber of Representatives Walloon Brabant, Minister of Home Affairs in the Walloon Government in 2000, as the youngest minister ever in Belgium’s history. In the year 2000, he was elected city councillor in Wavre and since 2006 he has served as mayor of the city. In 2007, Michel became Belgian Minister of Development Cooperation. In 2014, he was appointed Prime Minister of Belgium. In December 2018, Michel resigned over a political crisis over whether to sign the Global Compact for Migration, but he remains the incumbent Prime Minister until a new Federal Government is installed, or until 1 December 2019, when his job as European Council President starts. Native in French, Michel speaks fluent Dutch and English. He is married with three children.

– nominated for the European Commission President 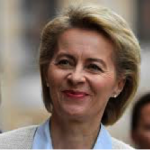 Ursula von der Leyen was born on October 8 1958 in Brussels, Belgium. She studied economics at the University of Göttingen and the University of Münster, and later medicine at the Hanover Medical School. In 1998, she became a member of the academic staff the Department of Epidemiology, Social Medicine and Health System Research at the Hanover Medical School. In 2001 she earned a Master of Public Health (M.P.H.) degree at the same institution. She has been a member of the Christian Democratic Union of Germany (CDU) since 1990. In 2001, she entered local politics in the area of Hannover, where she held various local political positions until 2004. Von der Leyen was elected to the Parliament of Lower Saxony in the 2003 state election and until 2005, she was a minister in the state government of Lower Saxony with responsibility for social affairs, women, family, and health. In 2005, she was appointed Federal Minister of Family Affairs and Youth in the cabinet of Chancellor Merkel and held that position until 2009. Following her election to the Bundestag, Germany’s Parliament, she was reappointed as Family Minister and later that year, she became Minister of Labour and Social Affairs until 2013. Chancellor Merkel appointed von der Leyen as Minister of Defence in 2013, making her Germany’s first female Defence Minister and the only Minister to remain with Angela Merkel since she became chancellor in 2005. During her career, she has strongly supported the introduction of a paid parental leave scheme, a women’s quota for listed companies’ main boards, gay marriage and a nationwide minimum wage. She has publicly expressed her preference for a “United States of Europe” and the formation of an EU army. She speaks both German and French at a native level and fluent English. Von der Leyen has been married with seven children. 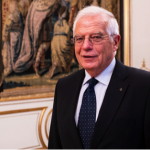 Josep Borrell was born in 1947 in La Pobla de Segur in the province of Lleida, Spain. He is a prominent Catalan political figure who has held several Spanish and European posts as a member of the PSOE (Spanish Socialist Workers’ Party). Borrell became an Aeronautic Engineer at the Polytechnic University of Madrid in 1969. He also holds a master’s degree in Applied Mathematics (Operations Research) from Stanford University, California as well as in Energy Economics from the French Institute of Petroleum in Paris. Borrell is a Doctor in Economics from the Complutense University of Madrid. Borrell held many cabinet positions in the Spanish government, including Budget General Secretary (1982-84), State Secretary for Finance (1991-96) and Minister of Public Works, Telecommunications, Transport and the Environment (1991-96). Borrell began his Parliamentary career as a Deputy for Barcelona (1986-2003). He was later elected to the European Parliament in 2004 and served as President of that institution in the first half of the legislature. Politically, Borrell is known for being an EU supporter and is often characterized by his outspokenness and occasional outbursts. Borrell ran in the 2019 EP elections but gave up his newly won seat to remain as Spanish Foreign Minister.

– The new President of the European Parliament

David Maria Sassoli was born in Florence, Italy, in 1956. A graduate from the University of Florence with a degree in Political Science, he has had a long career in journalism. In 2009 Sassoli decided to pursue a career in politics by running as a candidate for the centre-left Democratic Party (PD) in the 2009 European Parliament elections. He gained a seat in the Parliament, where he also served as PD’s leader. In the 2014 European Parliament elections, he managed to secure his seat and was elected Vice-President of the European Parliament, dealing with budget and the Euro-Mediterranean partnership. A long-serving member of the TRAN Committee, rapporteur for the IV Railway Package, he was also a member of the DEVE Committee (2009-2010) and substitute member of the AFET (2009-2012), PECH (2014-2018), INTA (2012), LIBE (2012), REGI (2012-2013), PETI (2013-2014) Committees and CRIM Special Committee (2012). Sassoli is married with two children.

– nominated for the President of the European Central Bank 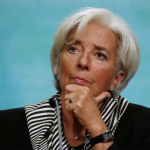 hristine Lagarde, born in 1956, attended University of Paris X-Nanterre where she graduated in social law, labour law and English. Later, she attended the Aix-en-Provence Institute of Political Studies where she earned her master’s degree. Lagarde joined the French government in 2005 as Minister for Foreign Trade. Following a cabinet shuffle in 2007 she was Minister for Agriculture and Fisheries for a month before being named Minister of Finance and Economy – the first woman ever to be named to such a role in a G-7 country. As Finance Minister she implemented several key measures to revitalise the French economy, supporting entrepreneurship and encouraging further competition in the market. On the EU level, during her tenure she attended over 50 Eurogroup and ECOFIN Council meetings and chaired the latter in the second half of 2008. In July 2011 Lagarde was appointed as the 11th managing director of the International Monetary Fund –once again the first woman to occupy the role. In 2016 she was appointed for a second mandate at the head of the Fund. Lagarde, mother of two kids, speaks French and English.