Universal Health Coverage – WHO welcomes landmark UN declaration. Neurology is explicitly mentioned as one of the priority areas

On 23 September the world leaders adopted a high-level United Nations Political Declaration on Universal Health Coverage. It is the most comprehensive set of health commitments ever adopted at this level. Through this political choice, countries have committed to invest in areas around primary health care in order to ensure that no one suffers financial hardship due to healthcare costs.

The countries should also implement high-impact health interventions to combat diseases and protect women’s and children’s health. In addition, they must strengthen health workforce and infrastructure and reinforce governance capacity.

The member countries will report back on their progress to the U.N. General Assembly in 2023.

Neurology included in the declaration

EFNA has successfully campaigned together with the European Academy of Neurology, European Brain Council and World Federation of Neurology to change wording that appeared in a draft text of the Declaration. The early draft, in line with wording from 2018 Non-Communicable Diseases declaration, made references to mental health only. Upon our request this has been changed in the final version and now, in several places, the text includes a full reference to “mental disorders and other mental health conditions as well as neurological disorders”. 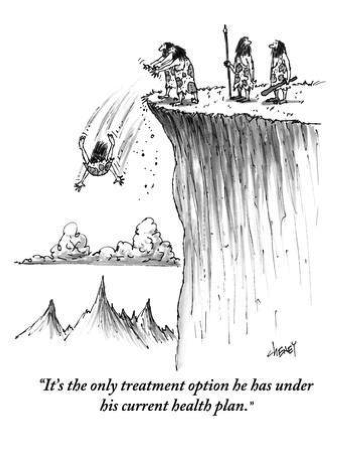 The Universal Health Coverage Monitoring Report from the World Health Organization and partners which preceded the declaration shows that even rich countries observe a disturbing new trend: the global growth of catastrophic health spending. (“Catastrophic” is defined in a few different ways, but an approach used in the European Region defines spending 40 percent of available household income — so what’s left after paying for food, shelter, utilities, etc. — as catastrophic.)

Medicines are considered the main reason for these catastrophic out-of-pocket costs in the European Region, especially among the poorest people, followed by hospitalisation and dental care.

Primary health care should provide essential health services like immunisation, antenatal care and healthy lifestyle advice as close to home as possible, without people having to pay for this care out of their own pockets.

Investing an additional USD200 billion a year on scaling up primary health care across low and middle-income countries would potentially save 60 million lives, increase average life expectancy by 3.7 years by 2030, and contribute significantly to socio-economic development. It would represent about 3% increase on the USD7.5 trillion already spent on health globally each year.

For the poorest countries however, including many affected by conflict, this may not be feasible. These countries will continue to require assistance from outside.

Health coverage needs to be doubled between now and 2030 (2030 being the deadline world leaders have set for achieving universal health coverage), otherwise up to 5 billion people will be unable to access health care.

Countries must renew efforts to scale up service coverage countrywide. Although coverage has increased steadily since 2000, progress has slowed down in recent years. Most increases have occurred in lower income countries, but these countries are still lagging behind. The biggest health service gaps are in the poorest countries and those affected by conflict.

Too many women and children continue to die from easily preventable and treatable causes simply because they can’t get the care they need to survive. Coverage is generally lower in rural areas than in towns. The report cites lack of health infrastructure, shortages of health workers, weak supply systems, and poor-quality care leading to low trust among communities as major obstacles to achieving Universal Health Coverage (UHC).

Now that the world has committed to health for all, it is time to get down to the hard work of turning those commitments into results.

On 24 September, WHO and 11 other multilateral organizations, which collectively channel one third of development assistance for health, launched their Global Action Plan for health and well-being for all. The plan will ensure the 12 partners provide more streamlined support to countries to help deliver universal health coverage and achieve the health-related SDG targets.