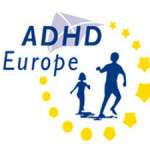 ADHD-Europe has a vision for a truly inclusive European community, where people affected by ADHD are understood, accepted, and valued as contributing members of a diverse European community. Our core values and visions are that everyone with ADHD and their families should:

Our objectives are to promote evidence-based treatment, information and ADHD Awareness at European level, support the efforts of its members who provide support for children, adolescents, adults, parents and families as well as for their teachers, employers and other professionals who work with them across Europe. This includes: access to education; medical help and employment; as well as support in adulthood if needed ~ working together towards interventions for children, adolescents and adults living with ADHD, their families, professionals and decision makers.

The purpose of ADHD-Europe is to advance the rights and dignity, and advocate for all those living with ADHD (Attention deficit hyperactivity disorder and co-morbid conditions) at various levels throughout Europe from working with the EU parliament to supporting efforts by their member organisations across Europe by serving as a supportive ADHD platform:

ADHD stands for Attention Deficit Hyperactivity Disorder and is a neurodevelopmental disorder which can effect someone’s ability to focus, study, work, and socialise. Its symptoms usually begin at an early age and often continue into adulthood. There is no link what so ever between intelligence and ADHD, but it can have a major effect on everyday life, creating daily challenges for individuals and families.

What are the symptoms?

Inattention is where someone is easily distracted, and struggle to focus on the task at hand. Their mind will wander easily, they can have issues listening, and sometimes forget what they were about to say. An inability to organise work, study, and life is common in people with ADHD, with a big impact on their lives often surfacing when working on tasks requiring great attention or at the start of school.

Hyperactivity is where someone is often restless, having a hard time sitting still, relaxing, watching a movie or listening to a lecture. Hyperactive people will often talk non-stop and loudly on subjects that interest them. They will be constantly active with a project or idea to be worked on, sometimes many projects at once! Fidgeting is often prominent at an early age, and can evolve into an inner restlessness for teenagers and adults.

Impulsivity can cause people to be impatient, butting in to conversations or games, and be prone to impulsive purchases. They can easily get into trouble, not thinking about the consequences of their actions and struggling to understand them after the fact. This can result in difficulties in school for younger children, and for adults in keeping relationships and jobs. Impulsive decisions can lead to poor financial decisions, putting people into debt.

In addition to these symptoms, many adults with ADHD can suffer from mood swings, excitability, sensitivity to stress, and difficulties with organisation.

It is important to recognise that not everyone with ADHD will experience all of these symptoms, or will experience them to different degrees, depending on each person and their age.

Researchers have shown that ADHD is a genetic condition, inherited by children from their parents. Often, but not always, more than one person in the same family will have ADHD. A bad childhood does not cause ADHD! The most prominent factors causing ADHD are:

The causes of ADHD are biological and result in disruption to the flow of neurotransmitters in areas of the brain important to controlling behaviour and attention.

ADHD can roughly be categorised into three types:

ADHD-Europe has recently published the Access to Diagnosis and Treatment in Europe survey which highlights that despite positive developments, the ideal situation in which an individual with ADHD can access the same standard of care and medication wherever they are in the EU, is still very far from reality.
There is an increased awareness of ADHD in adults and the lifelong effects of ADHD in specialists. Unfortunately, there remain circumstances that are in dire need of improvement: Continued long waiting lists for children to access diagnostic services in most member countries; (contrary to the early intervention advice of the NICE ‘gold’ standard).
There is continued inadequate provision of health services for adults in many countries (while research shows that untreated ADHD can lead to increased risk self-medication or drug addiction, unemployment, increased traffic accidents, etc) and lack of family clinics where child AND parent can be treated simultaneously (as ADHD is a heritable trait).
Some members report increased medication side-effects for minors using generics, others report positive effects. This urgently warrants unbiased research, including research into comparative medication efficacy and treatment adherence with branded and generic medication. National medicine procurement systems may take mainly price into consideration whilst lacking specialist and patient feedback mechanisms (except for extreme physical side-effects). In addition, ‘out of stock’ situations jeopardise especially youths during examination times.
National and regional discrepancies exist (especially in rural areas of large countries, island (countries) and Eastern European countries) which are often due to inadequate national funding for mental health services. Continued cultural “stigma” about ADHD amongst specialists, in the media and the general public. Some member countries even mention that dominant professionals apply a psychoanalytic approach only instead of a multi-modal treatment approach for children and adults with ADHD. There are different viewpoints on ADHD as a disorder and on its medication in society. Full details of the survey are available here.

ADHD Europe members have been shining a light on this topic including ‘Why are girls missed out? Executive functioning, High functioning ADHD, Late Diagnosis & Menopause’, a downloadable eBook about burnout and disseminating the Declaration about ADHD in Girls and Women, as issued by ADHD Europe in 2017 in many languages! Join the celebrations with the ADHD and Women project on Facebook, Twitter, Instagram or Linkedin.

The month of October is ADHD Awareness month during which ADHD-Europe continues to collaborate with organisations across the globe continuing to spread ADHD awareness and disseminating information breaking down the walls of stigma for those affected by ADHD.
A number of webinars are being held in 2021: