Tics and Tourettes Across the Globe (TTAG) 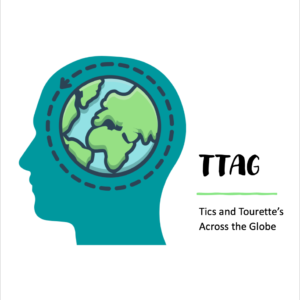 Currently a provisional member of EFNA, Tics and Tourette’s Across the Globe (TTAG) will soon become EFNA’s 20th member!
The group are finalising their statutes and hope to register the association in Brussels in the coming months.

Tics and Tourette’s Across the Globe (TTAG), is an umbrella organisation representing Tic and Tourette Syndrome (TS) advocacy groups around the world. There are many TS Patient Associations across the world, but we decided that together we can achieve much more! We campaign for equality, participation and equal opportunities for people with Tics and TS in all contexts of life leading to a better overall quality of life. Our vision is inspired by a passionate belief in the collaboration between a united voice of advocacy and worldwide scientific research benefiting those affected by this neurological syndrome. To promote TS awareness and information on a global level, promoting evidence-based treatment and supporting the efforts of its members throughout the world, combating ignorance, stigma and intolerance with regard to TS.

Tourette Syndrome (TS) is an inherited neurological disorder starting in childhood, the key feature of which is tics. There are no specific tests to diagnose TS. Tics are sudden, quick and repeated involuntary and uncontrollable movements and/or sounds. Tics wax and wane and increase with stress or excitement.

Tics are much more common than you might think. TS is a type of tic disorder and has the same prevalence as autism at 1% of the population – that’s 1 in a 100 schoolchildren! 85% of people with TS will also have another condition such as Obsessive Compulsive Disorder (OCD) or Attention Deficit Hyperactivity Disorder (ADHD) or Autistic Spectrum Disorder (ASD).

Another misunderstanding is that people with TS all have an involuntary ‘swearing’ tic (coprolalia) but in fact, only 10% of people with TS have this.  There is a great deal of stigma and shame attached to this condition and we hope to change this view.

We know that anxiety and depression are higher in people with TS and in some cases self-harm and suicide.

TTAG are currently in a fundraising drive to help with start-up costs of this association. People have been donating from Australia, New Zealand, Belgium, Germany and France because they want to support the formation of an umbrella organisation representing Tic and Tourette Syndrome (TS) advocacy groups across around the world Tics and Tourette’s Across the Globe (TTAG). The funds raised will go towards the registration and start-up of our global umbrella organisation. Any funds remaining from start-up costs fundraising will be used on campaigns to raise awareness and acceptance of TS, producing materials that can be shared around the world and materials to lobby for better treatment and management for patients https://gofund.me/8a2389db

TTAG are an official endorser of the OneNeurology Partnership, international neurological organisations and regional umbrellas are uniting to make neurology a global public health priority: http://oneneurology.net/partnership/