Professor Jeff Lichtman would start off his courses by asking his students the following question: “If everything you need to know about the brain is a mile, how far have we walked in this mile?”
He gets answers like “half a mile” or “a quarter of a mile”. According to Lichtman, the answer should be “about three inches.”

It seems that the science is only waking up to understanding the most complex material we have discovered in the Universe – the human brain. Our brain is a mission control centre with each cell as complicated as a city, each one containing the entire human genome and trafficking billions of molecules. The cells form a network of such staggering complexity that it bankrupts our language.

No wonder that things can easily go wrong both in the brain – the central nervous system, and in the peripheral nervous system too, resulting in hundreds of neurological disorders. Collectively, brain disorders represent a global threat to individual well-being, economic productivity, and intellectual capital.

But this understanding has been growing only recently. For decades brain disorders had been largely absent from the global health research and public health agendas. Several things might have turned the tide:

The first one was publication of the World Bank’s 1993 Report Investing in Health. Before this report, neuroscience had been believed to be unusual, difficult to understand and, consequently, a low priority for research investment. Prior to the implementation of measures such as disability-adjusted life years (DALYs are a combined measure of lost health due to premature death or disease/disability), the global disease measurements (such as the Global Burden of Disease project – GBD) were primarily captured in terms of mortality (i.e. premature deaths). With the 1993 report giving rise to DALYs, the importance of brain disorders became evident, accounting for approximately 28% of the global burden of disease. The GBD produced a shift from premature death to increased years lived in disability. As the GBD has continued to move in the direction of NCDs, the burden of brain disorders has increased by around 40% in the past two decades.

The second reason behind increased prioritization of brain science comes with incredible scientific progress in the field. Knowledge around neurological disorders and possibilities to treat them have made extraordinary advances in the last few decades. We can diagnose and treat more and more neurological disorders. Underpinning this, we have a growing understanding of fundamental biological mechanisms underlying many brain disorders. This is aided by technological progress – e.g. we have better tools to do rapid screening and are increasingly helped by AI.

The third important trend fueling an interest in brain health and neurological disorders was an epidemiological transition from communicable to non-communicable diseases (NCDs) due to changes in the patterns of mortality. Successful global vaccination campaigns, discovery and widespread use of antibiotics and antimicrobial agents, and increasingly ageing populations have contributed to this shift. NCDs became the leading cause of mortality in the world and a vast body of knowledge started accumulating on the immense opportunities for global action to control them. This is why, in 2011, the first UN high-level meeting (HLM) on NCDs took place, elevating the importance of systemically addressing NCDs. As a result, WHO developed a global action plan to operationalize the commitments made in the related declaration, focusing predominantly on cancer, cardiovascular and respiratory diseases, as well as diabetes.

The brain health community had to wait more than half a decade to join the NCD agenda. Neurological and mental health conditions were added as a priority area during the 3rd UN HLM on NCDs, in 2018. A few years later, adoption of the WHO Intersectoral Global Action Plan on Epilepsy and Other Neurological Disorders 2022 – 2031 followed.

With these incredible advances, a new concept started gaining traction – that of brain health. It is no surprise that many definitions of brain health have been suggested over the last decade by the scientific community. WHO has joined these global voices and, in August 2022, released a position paper on “Optimizing brain health across life”. The paper offers “a framework for understanding brain health and the importance of brain health optimization for all”. It defines brain health “as the state of brain functioning across cognitive, sensory, social-emotional, behavioral and motor domains, allowing a person to realize their full potential over their life course, irrespective of the presence or absence of disorders”. Brain health spans “a continuum that can be considered to range from well-being to disorders and disability”. 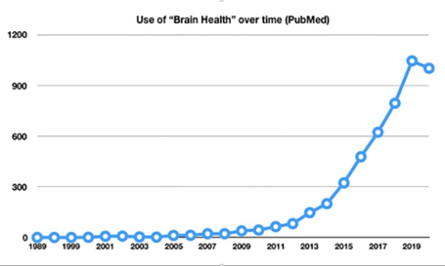 The conceptualization of brain health is also attracting increasing attention from outside the traditional health sector. The best example of this trend might be efforts led by the Organization for Economic Co-operation and Development, better known as OECD. Its Neuroscience-inspired Policy Initiative which gave birth to the Brain Capital Grand Strategy stems from an understanding of brain health not only as key to improving health and quality of life but also as “a pathway to understanding the new economic and social reality”. As such, it argues that “in our brain economy, investments in brain health and brain skills are critical for post-COVID economic renewal, re-imagination, and long-term economic resilience”.

Even the European Union has started to embrace the concept of brain health. The EU NCD Initiative – a key vehicle of the EU to address the growing negative impacts that NCDs have on Europeans – identifies mental and neurological disorders as one of its core priorities. In parallel, EU research efforts are gearing towards a more structured approach to brain science, and we might expect collaborative efforts among the EU Member States – led by the European Commission – preliminary called the “Brain Health Partnership”. Interestingly, the only official institutional mention of these plans comes from an answer that the EU Commissioner Stella Kyriakides provided to a European Parliamentary written question posed by the European Federation of Neurological Associations (EFNA). The Commissioner answered that “Horizon 2020 currently funds the European Brain Research Area, aiming to provide recommendations to build an EU brain research strategy. The recommendations will be used to develop the brain health partnership in the Horizon Europe programme”.

For many years, EFNA has been playing a central and influential role in both European and global efforts aiming at according an adequate priority to brain health and neurological disorders. Today, it is clear that our targeted advocacy activities have been largely successful. Going forward, we must ensure that our contribution continues to be recognized and that we safeguard the central role that people living with neurological conditions must have in each and every initiative and discussion concerning the rapidly evolving area of brain health. 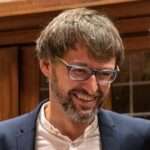