EFNA welcomes three new members to the Board!

We are pleased to announce that three new members have joined the EFNA Board.

Klaus Knops, Elena Ruiz de la Torre and Tomislav Goll became Board members at the EFNA General Assembly, held in Oslo at the end of June. This follows an election held among EFNA members earlier in the year. 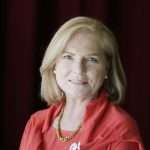 Mrs. Elena Ruiz de la Torre is Executive Director of EMHA (European Migraine and Headache Alliance). EMHA is a non-profit, patient umbrella group, which was launched in 2006. Since then, the Alliance has grown to represent over 27 migraine, cluster and other headache disorder patient organizations across Europe.

Elena is also Honorary President of AEMICE (previously AEPAC). AEPAC is the Spanish Association for Patients with Headache, founded in 2005, with the aim of representing those affected by Migraine, cluster headache, and other disabling headaches in front of health Policy Makers, social media and society in general.

Elena is also Co-Chair of the Project “My Migraine Voice Global Survey”. 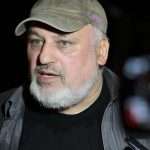 As a person with neuromuscular disorder, Mr. Goll’s work has always been related to development of civil society organisations, establishing partnerships among different sectors and promoting public participation in decision making. He has worked with young disabled people, youth trainers and in youth policy and research. He served as member of EU-Croatia Joint Consultative Committee from the beginning, in period 2006-2011.

Tomislav’s passion is Rock’n’roll. He has been nicknamed ‘The Good Spirit of Rock’n’roll’ by city bands because of his constant promotion of local music in the media. He has one of the biggest colections of vinyl in Croatia! 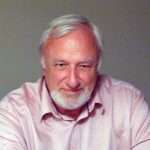 After the diagnosis of his wife, Klaus decided to fight against the disease first as caregiver, then as a volunteer for the Flemish MS Society.

After getting involved with the Flemish MS Society, Klaus was elected President of the organisation. After his retirement, he remained an active member of the board in both the Flemish and the National Belgian MS Societies.

You can find out about EFNA’s other Board members here: https://www.efna.net/about-us/structure/