The World Sleep Conference was held in Prague from October 7-11, 2017.

2,700 sleep specialists from all over the world attended the conference, during which a wide range of topics were presented, from circadian medicine, pediatric sleep medicine, narcolepsy, sleep apnea, hypersomnia, and much more, among which this year many sessions on all aspects of Restless Legs Syndrome (RLS). One of the keynote lectures featured the genetics of RLS.

EARLS, the European Alliance for RLS, were present, focusing on the outcome of EBC’s Value of Treatment Study. This study has shown RLS to be the second most costly neurological illness for the public health budgets in Europe. Despite its high prevalence, RLS is not commonly known, and as a result very often not or late diagnosed and /or treated.

During the official poster session the study was also presented, and results were discussed with the delegates. 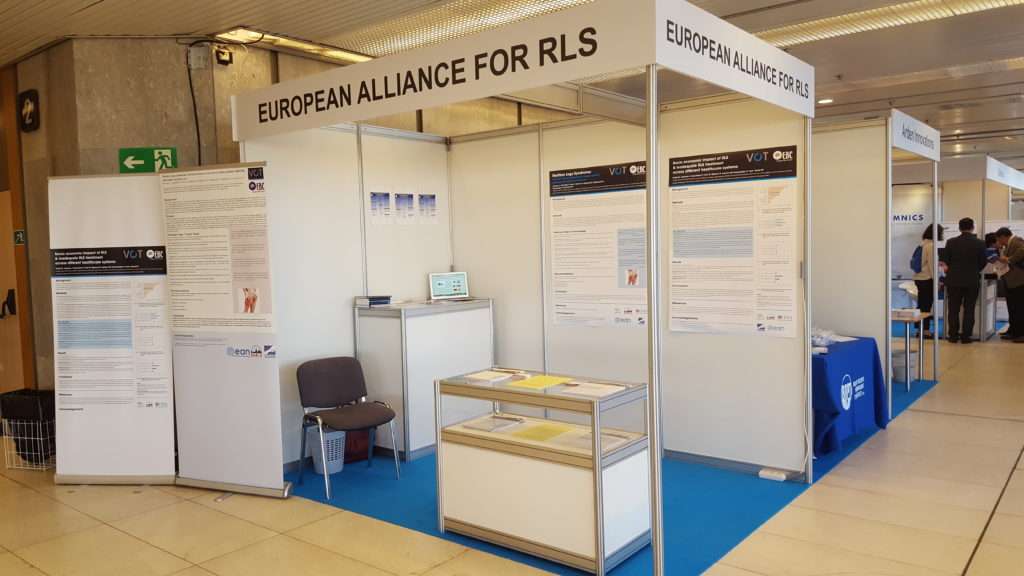