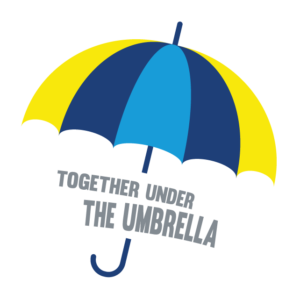 EFNA’s members have asked us help to ‘brand the brain’ by grouping neurological disorders under a common symbol to create a unified and identifiable brand. This could lead to an increase in public, political and scientific support for all such disorders, resulting in – ultimately – reduced stigma.
In 2016 we will launch the ‘Together Under the Umbrella’ campaign to raise awareness of the prevalence of neurological disorders.

EFNA organised a campaign workshop in Brussels from October 12 to 14th to enable, equip and inspire our member organisations to become involved in the campaign. EFNA provided opportunities for training with experts in new and traditional media and from the fundraising and advocacy sectors. The workshop was open to patient advocates drawn from a mix of disease areas and European countries. Those who registered to participate were asked that they return to their own organisations/countries and work with EFNA to roll-out the campaign on the ground.

The campaign begins by asking the patient community, general public, and high profile figures to take a picture of themselves ‘under an umbrella’ using #UnderTheUmbrella and with a link to the campaign’s online hub where key messages, interesting facts/statistics, campaign details, etc. will be displayed – alongside a list of supporting neurology patient organisations and further information on the disease areas they represent.

In the early months of 2016, a toolkit (currently in production) will be refined, designed and made available, along with downloadable campaign branding materials. The toolkit will be a key resources which – as well as containing instructions for dissemination on participation in the online activity – will also include an ideas list with suggestions on how the campaign could be adapted and expanded by the various organisations/individuals involved offline – through communication, advocacy and fundraising activities.

The initial phase will also involve outreach to ambassadors/champions, planning of events/initiatives, etc. This will allow for the launch – scheduled to coincide with Brain Awareness Week in March 2016 – to make a large ‘splash’ and to create an initial momentum on which the campaign will build.

We’ll keep you posted on progress and look forward to working with you on the campaign in 2016!