September 23rd is the birthday of the Swedish neurologist Karl-Axel Ekbom, who gave the disease its name – “Restless Legs Syndrome”, in 1945. 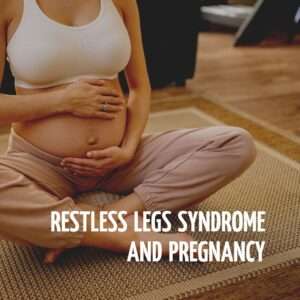 Restless Legs Syndrome (RLS) is a neurological condition causing highly unpleasant sensations in the legs and sometimes arms and other parts of the body that are described as creepy, crawly, shock-like, itchy or even painful. Movement provides temporary relief so long as the movement continues.

World Restless Legs Day goes back to the joint effort of European patient associations to have a world day to draw public attention to the widespread but still unknown disease and at the same time to honour the memory of Ekbom.

On the occasion of this year’s World Restless Legs Day, the European Alliance for Restless Legs Syndrome (EARLS) is drawing special attention to the topic of RLS and pregnancy by sharing patient reports in which women from various European countries talk about their experiences. Read their stories here.

EARLS has also published an interview with Prof. Mauro Manconi, who was awarded with the EFNA Advocacy Award this year for his research on RLS and pregnancy. The interview is available here.