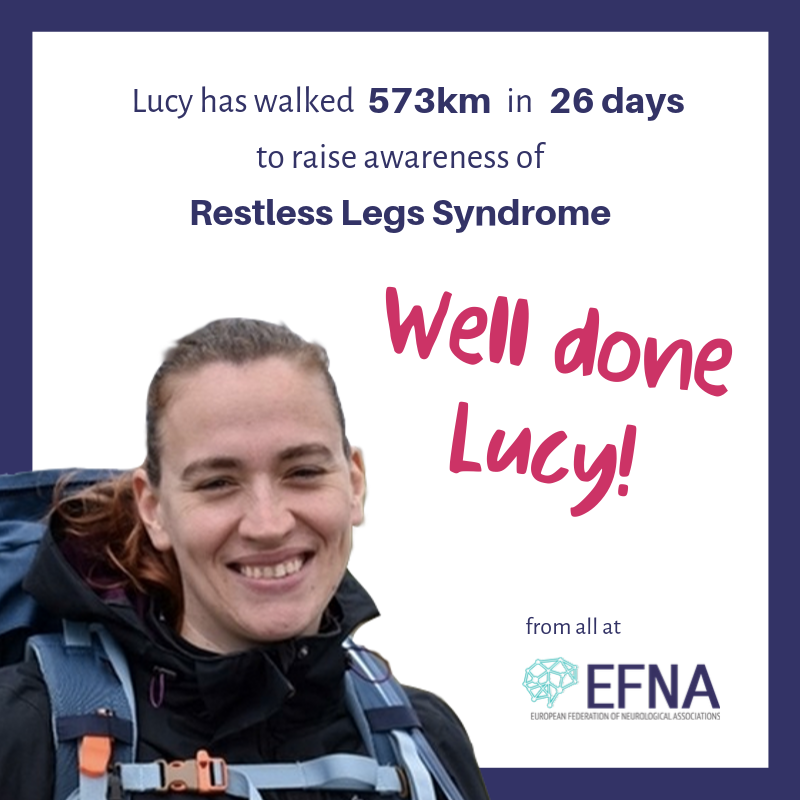 Today, on International RLS Day, Lucy Hoekstra has completed her 573km walk to raise awareness of Restless Legs Syndrome – a neurological condition that affects 7-10 % of the adult population worldwide.
Lucy has walked through the northern part of The Netherlands and Germany, finishing today in Krusbjerg, Denmark.
Her campaign is supported by the Dutch and German RLS patient organisations, as well as by the European Alliance for Restless Legs Syndrome (EARLS), a European umbrella group which supports and advocates on behalf of RLS patients groups across the continent. It is also supported by a #BrainLifeGoals Project Grant from EFNA.
RLS causes highly unpleasant sensations in the legs and sometimes arms and other parts of the body that are described as creepy, crawly, shock-like, itchy or even painful.
Many people with RLS have relatively mild symptoms which may be alleviated by changes in lifestyle, such as avoiding alcohol and nicotine. But there is a substantial group of patients with symptoms so severe that treatment is called for. The chronic lack of sleep that accompanies RLS often significantly impacts on daytime functioning, and therefore quality of life.
You can learn more about Lucy’s walk here: www.walkwithlucy.com
To find out more about RLS visit www.earls.eu